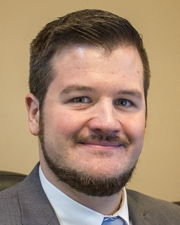 After law school, Ryan spent a year as an associate attorney in the general litigation department of a large law firm in Philadelphia. Although he enjoyed the challenge of practicing in a large law firm and representing large corporate clients, he felt that something was missing: the opportunity to work closely with individuals, families, and small businesses and to forge long-lasting client relationships. He realized that practicing in a smaller law office was more in line with his professional goals. Ryan returned to the Lehigh Valley in September 2017 to serve a two-year clerkship with Judge Joseph F. Leeson, Jr. of the United States District Court for the Eastern District of Pennsylvania. Realizing that there is no better setting for a family- and community-oriented law practice than the community he calls home, Ryan joined Fries Law Office in the fall of 2019.

Ryan’s practice focuses on estate planning and administration, elder law, and family- and employment-based immigration, as well as general civil matters. He is also available for contract brief-writing and consultations in federal court litigation. He is a member of the state bars of Pennsylvania and New Jersey and is admitted to practice in federal court in the United States District Courts for the Eastern, Middle, and Western Districts of Pennsylvania and the District of New Jersey. Ryan speaks Spanish and is pleased to offer services to Spanish-speaking clients.

Ryan is a member of the Board of Directors of Catholic Charities of the Diocese of Allentown and an officer of the Lehigh Valley chapter of the University of Scranton Alumni Society. In his spare time, he enjoys reading philosophy and military history, learning languages, and practicing Brazilian jiu-jitsu. Ryan is dedicated to serving the needs of individuals, families, and businesses. He hopes that each client relationship will be lifelong and is eager to help you and your family with any legal matter. 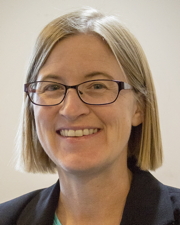